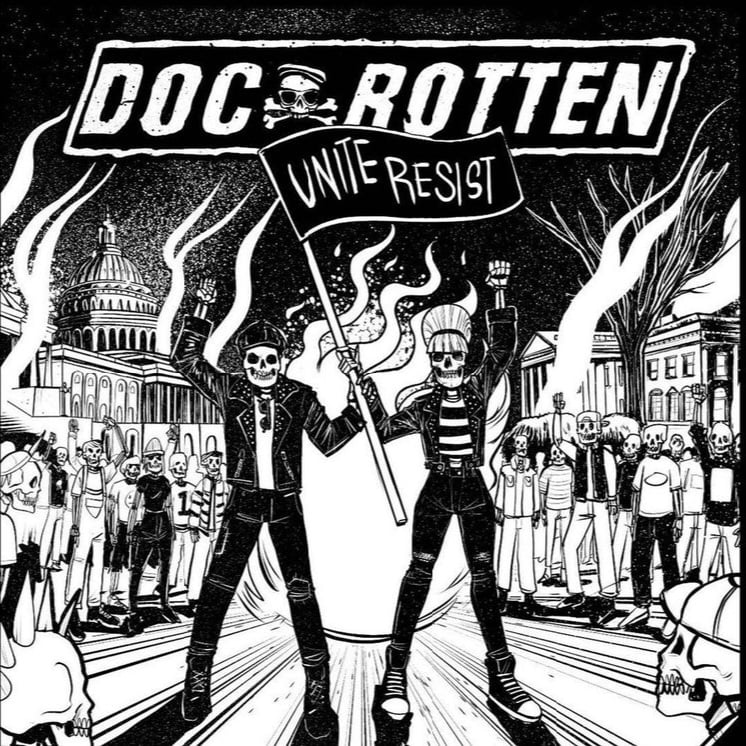 Unite Resist is released by Havoc Underground. SLR is helping to distribute this banger.

Doc Rotten is back with their middle fingers in air yelling 'Unite Resist'. Their new full length record has 16 high energy punk rock songs that will kick you in the teeth. Produced by Bouncing Souls guitarist Pete Steinkopf, ‘Unite Resist’ talks about everything from the human experience in this crazy world to exactly why we need to put aside any differences we feel we might have in order to fight the oppressing class. Sprinkle in that east coast “fuck you” attitude expected from this east coast punk band and you’ll be singing along to Doc Rotten’s sophomore album ‘Unite Resist’.