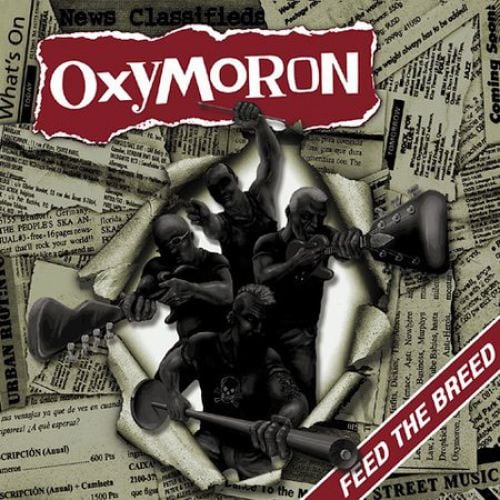 State Line Records is proud to release Oxymoron's final album of their career. This is the first time that Feed the Breed has been available on vinyl in the United States and the first pressing since Knock-Out Records original German press in 2001.

Oxymoron started off with a band on F**k the 90's. They followed that up with The Pack Is Back which is arguably better than their debut. Is their third and final full length, Feed the Breed, their best? You decide.

Packaging is identical to the original in order to maintain the band's vision. Pressing info below.