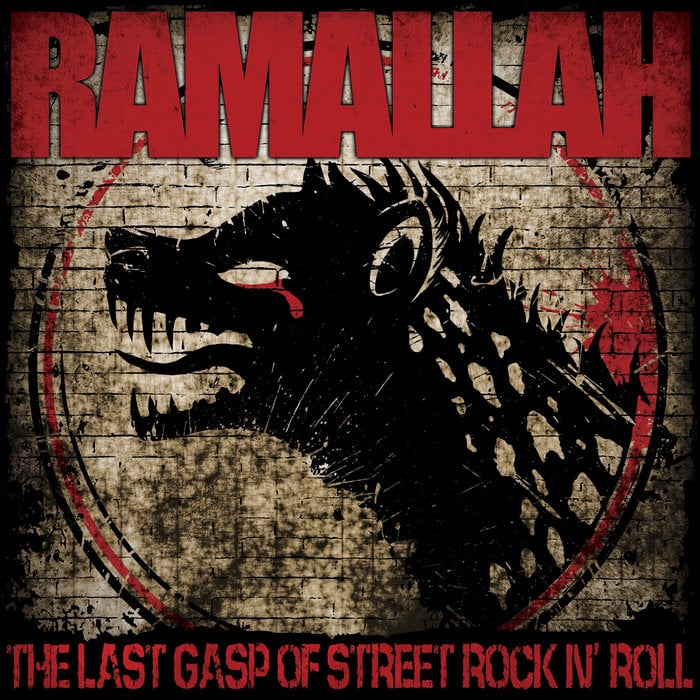 A1 The Last Gasp of Street Rock N' Roll
A2 I Don't Believe
A3 Dead Girls and Dead Boys Anthem
A4 City Boy
B1 I Seen You Crawling
B2 The Times We Had
B3 Bye bye...
B4 The Last Gasp of a Wasted Youth

400 copies are earmarked for distribution. You could find these copies in stores or on independent websites that sell vinyl. These 400 copies reprise the "Blood Flower" design used on the Back from the Land of Nod EP. We won't tell you what the secret recipe is but the design is made to look like a syringe full of dope and by all accounts it was perfect on BFTLON. Back by popular demand for The Last Gasp of Street Rock N' Roll.

150 copies exist on gold vinyl. These will be available exclusively through CoreTex Records in Germany.

100 copies exist on translucent yellow vinyl. These copies are available exclusively through RevHQ. Rev has been the distribution partner for State Line Records for some time now. They really specialize in hardcore so it made sense that The Last Gasp of Street Rock N' Roll be SLR's contribution to the series of Rev colors on a release.

Randale Records in Germany is handling the European market for all sales beyond the copies at CoreTex Record. Consult their site for pressing info.