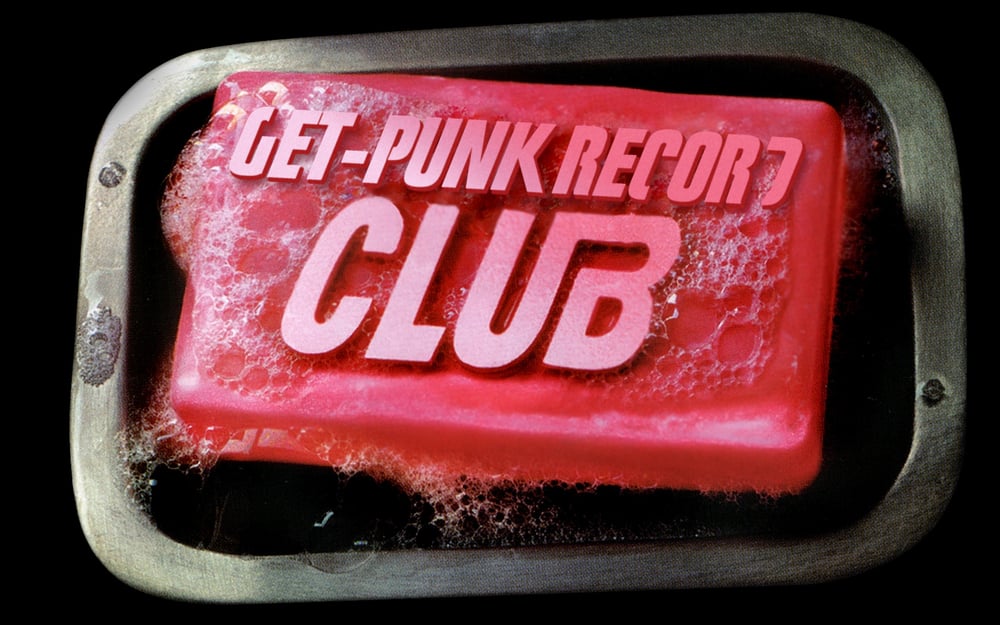 Open Now for October 2021 additions and monthly payments
Open to residents of the US and Canada only (for now). Shipping to Canada is costly and in most cases, more expensive than the record. But by demand, now open to Canadian members.

Beginning in January 2021, one rare record per month will be dropped in a package at random. It will be like a Wonka Bar. Everyone gets their monthly package and one person per month gets a cool extra.

To be clear, you're getting punk rock.

What do you do?
We send you a vinyl selection-of-the-month or two each month. What you receive will have a $20 retail value. It could be one LP. It could be two. It could be a 7” and an LP. It depends on its value.

When do you ship?
You pay a month in advance. Packages ship no later than the 15th of the next month. Lately it has been much earlier than that.

How do I pay?
You place your initial order here for the length of time you want to be a part. After that time expires then you’ll receive an email on about the 15th of the following month with the payment link for the next month. At that time you can come back here and extend it for a length of time or just pay when you get the monthly email.

Who do you think you are?
I know. I can’t believe it either. Every record nerd on the face of the planet wants to get paid to make music recommendations. Apparently I just had the audacity to do it and people joined. And they’re really happy with it! But really.... this is approached with the outlook of "if i like this then i bet a bunch of record collecting people will feel the same way." And it's been highly successful.

Why should we trust your judgment?
Well….. if you like the records that you see on this site then you know what you’re getting into. If you want to quality check my picks then scroll below to see a history of each month.

What if I want to cancel?
Then you can. You can just not pay when the reminder email goes out.

What if you send me something I already have?
If you bought it from this site then I won't send you something you already have. However, it is possible that you could get something that you bought elsewhere. It hasn't been a complaint yet. I wouldn't be scouting out new bands if you already have them. But our outlook is, if you get a duplicate then it's only right that you pass one of those copies onto someone else that might also dig it. It's really about promoting up-and-coming music and some forgotten gems.

What are you gonna do to sweeten the pot?
I try to mix things up with the collectible vinyl. Sometimes we get first shot at a release. Sometimes we get the last of a record that’s going out of print. There have been multiple occasions where members received variations of the same record. For example, the European version vs. the US version.

For a list of past selections please see the Get-Punk Record Club Archive page on the menu. Please note: the listing hasn't been updated for this year due to shipping irregularities. I don't want to spoil it on anyone that isn't up to date with all records due to postal nightmares brought on by the pandemic. Eventually that will time out and I'll add the full listing.

Some recent inclusions were The Drunks, The Pegs, Supersuckers, Mickey Rickshaw, The Antagonizers ATL, The Dirty Nil and more, more, more