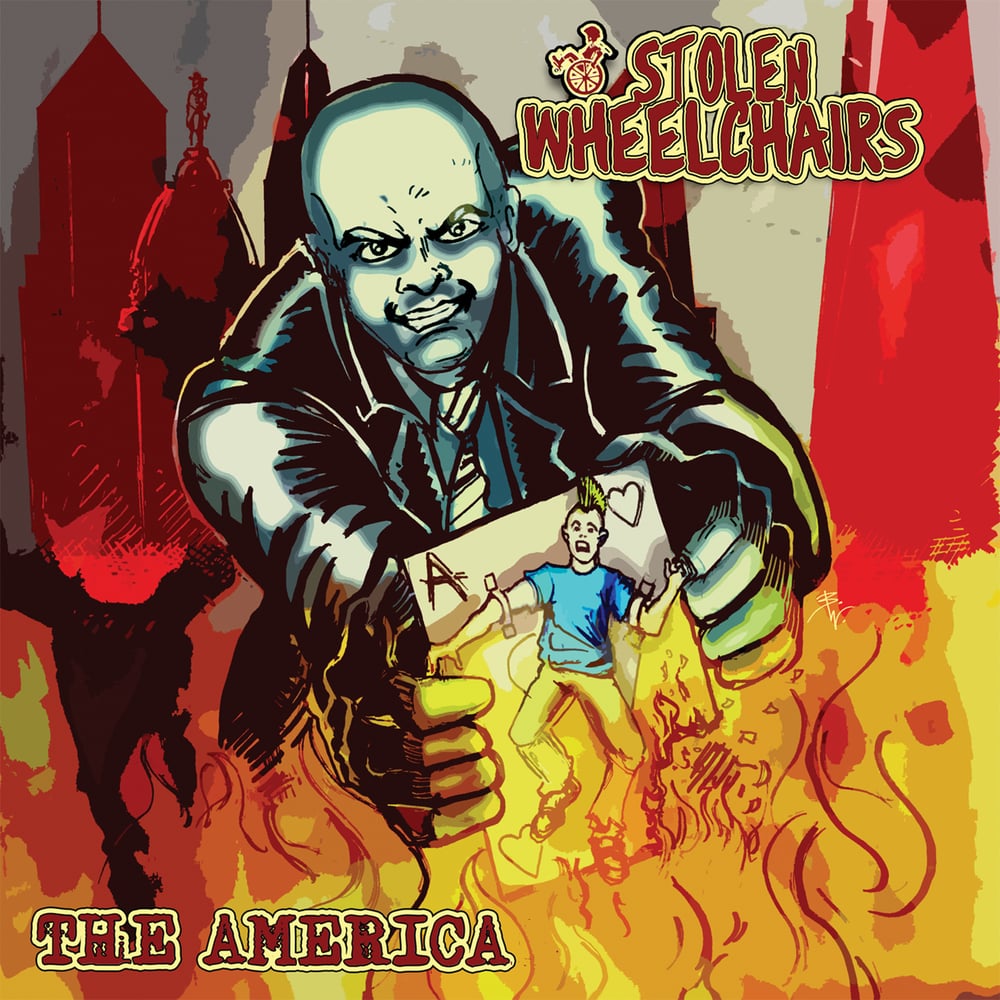 STOLEN WHEELCHAIRS are authentic teenage punk rock. You can't fake the energy that they emit. Straight from the depths of Hostile City, they play fast, angsty, anthemic hardcore punk with an authenticity that has been lacking in today’s scene.

STOLEN WHEELCHAIRS are the latest in a series of forebearers of the punk banner in the Philadelphia area. Violent Society and The Boils come to mind. STOLEN WHEELCHAIRS draw from all these and more. Their debut album - THE AMERICA - Was recorded DIY BY Osc4r and the band at the family home with a new band since the debut EP/7” of Oscar, Lou and Milo. Mixed by Benny Grotto at Mad Oak Studios in Allston, MA. Mastered by John Naclerio at Nada Recording. THE AMERICA is a record lathered with traditional punk influences and sprinkled with much, much more.

STOLEN WHEELCHAIRS draw inspiration from a million bands before them, from Minor Threat to The Unseen but put their own un-replicable twist on the classic punk rock sound. Oscar and the band can write some unforgettable punk rock anthems. Will The America resonate in the same way as Oxymoron and Lower Class Brats? That depends on how loud you choose to sing along.

The America was in progress before the shutdown. You'll get a million energetic live shows from East Coast to West and over to Europe when this shit storm finally passes.

300 copies half and half with splatter. Blood red and off-white with black splatter. Design by Monty.