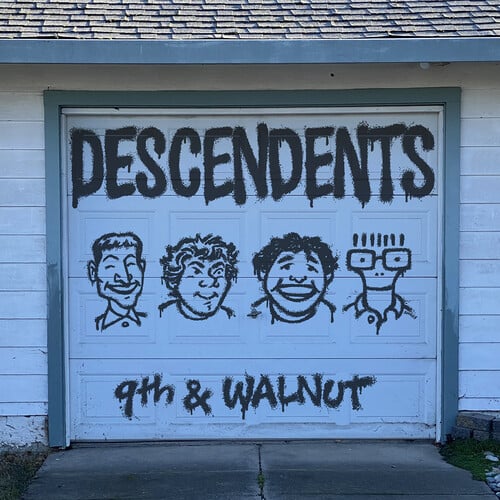 Please note: This is a vinyl pre-order. 9th & Walnut is expected for release on 7/23/2021. Anything ordered with this record will be held until 9th & Walnut is released. If you'd like to get other records delivered between now and then, I'd recommend a separate order. 9th & Walnut is being released on green vinyl exclusive to independent outlets. They are based on a first-come-first-served basis.

Formed in L.A.'s South Bay in 1978, Descendents began as a power trio featuring bassist Tony Lombardo, drummer Bill Stevenson, and guitarist Frank Navetta (d. 2008). The band recruited vocalist Milo Aukerman in 1980 and began establishing themselves as major players in the Southern California Punk movement. Over the years, the band has sustained a potent chemistry and shared vision, further cementing them as punk legends.